Laurent Lefèvre got his BSc from Ecole Polytechnique de Bruxelles (ULB, 1991) and his MSc in applied mathematics from Ecole Poytechnique de Louvain (UCL, 1994), both in Belgium. Then he moved to Lille (North of France) and got his PhD in control from Ecole Centrale de Lille (USTL, 1999). In 2000, he obtained an associated professor position in the Grenoble control lab (now Gipsa Lab) and from 2005 in the Lyon lab for process and control (LAGEP). Since 2011 he got a full professor position with the Laboratoire de Conception et d’Intégration des Systèmes (at Grenoble Institute of Technology). His current domains of interest are numerical methods for control, modelling of distributed parameters systems either using the port-Hamiltonian or cellular automata / Lattice Boltzmann approaches and nonlinear control of PDEs. He is involved in various project related to applications in water management, energy management for green buildings, microgrids and plasma physics.

Hans Zwart  was born in Hoogezand-Sappemeer, The Netherlands, in 1959. He received his Drs. degree in 1984 in mathematics at the University of Groningen and his Ph.D. degree in 1988. Both thesis were written under the supervision of Ruth Curtain. Since 1988, he has been working at the Department of Applied Mathematics, University of Twente, Enschede, The Netherlands. He is the (co-) author of 3 books, of which the one with Ruth Curtain has become a standard reference on infinite-dimensional systems theory. Furthermore, he has published more than 70 research articles, treating various aspects of infinite-dimensional systems. His current research interests include stability, controllability, and control of infinite-dimensional systems and in particular for port-Hamiltonian systems.

Michael Hinze studied mathematics and operations research in Bonn and received his Diploma in applied mathematics in 1990 with Gerd Dziuk. He then took a position as research assistant at the TU Berlin, where he in 1994 received his PhD on minimal surface numerics with Gerd Dziuk and Ulrich Pinkall. In 1995 he became an assistant professor at the Department of Mathematics of the TU Berlin, and received his Habilitation in 2000. Form 1998-1999 he was a Marie Curie visiting researcher at the Karl-Franzens University in Graz. After that he in 2000 moved to the TU Dresden for an associate professorship on numerics of optimal control problems. In 2006 he received a full professorship on optimization of complex systems at the University of Hamburg. He is currently working on optimal control of PDE systems, optimal control approaches to inverse problems, feedback controller design for nonlinear PDE systems, and model order reduction techniques in simulation and control of complex systems. He is the coordinator of the Lothar Collatz Center for Computing in Science, and involved in many projects related to simulation, control and model order reduction of multiphysics problems. 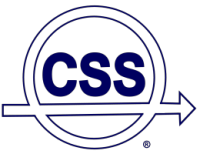 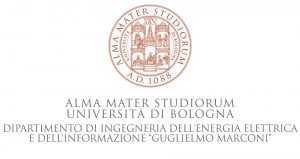